Based on the "Parsing" category.
Alternatively, view remark alternatives based on common mentions on social networks and blogs. 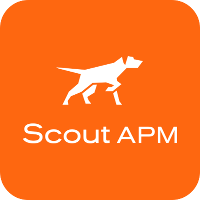 Do you think we are missing an alternative of remark or a related project?

remark is a Markdown processor built on micromark powered by plugins part of the unified collective.

remark is the world’s most popular Markdown parser! And it does so much more than parse: it inspects (check, lint) and transforms (generate, compile) Markdown too!

Everything is possible with plugins, such as checking Markdown code style (remark-lint), transforming safely to React (remark-react), adding a table of contents (remark-toc), or compiling to man pages (remark-man).

Finally, remark is part of the unified collective. Learn more about us:

This repository contains the following packages:

As Markdown is sometimes used for HTML, and improper use of HTML can open you up to a cross-site scripting (XSS) attack, use of remark can also be unsafe. When going to HTML, use remark in combination with the rehype ecosystem, and use rehype-sanitize to make the tree safe.

Use of remark plugins could also open you up to other attacks. Carefully assess each plugin and the risks involved in using them.

A curated list of awesome resources can be found in awesome remark.

This project has a code of conduct. By interacting with this repository, organization, or community you agree to abide by its terms.

Support this effort and give back by sponsoring on OpenCollective!


*Note that all licence references and agreements mentioned in the remark README section above are relevant to that project's source code only.